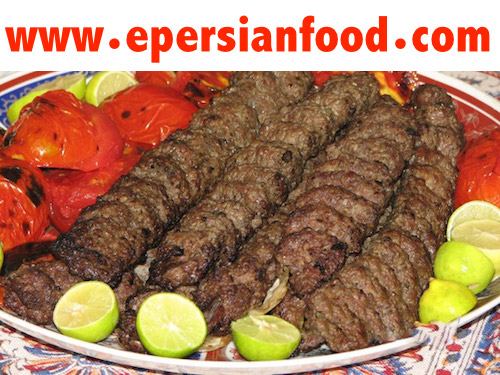 Chicken kebab is a national and traditional Iranian food that has a very simple cooking method. This dish is served with saffron rice, and it is true that it is cooked in all Iranian cities, but it is traditionally authentic in northern Iran. In addition to rice, grilled tomatoes and butter are also served alongside the rice kebab.

Before the use of gas stoves in Iranian homes (before the 60s), cooking Iranian food was a lengthy process. The large copper pots were wrapped around the burning charcoal and cooked slowly through the heat of the fire. In the Safavid era, for example, this method of cooking was very common. Today, people are also keen on traditional ways of cooking Iranian food, for example, sometimes cooking foods such as soup or broth on fire and serving them in traditional dishes.

Seasonings also vary widely. The most important seasonings are saffron and cinnamon. Aromatic vegetables are also used for seasoning foods such as dill, mint, coriander, parsley, and fenugreek.

How Persian Food is Served?

How food is served is also important. Beautiful decorations make the tableau attractive. Foods such as Ash and Halim are decorated with hot onions and mint, walnuts, and whey. Plums and grasses are served in large plates and decorated with saffron.